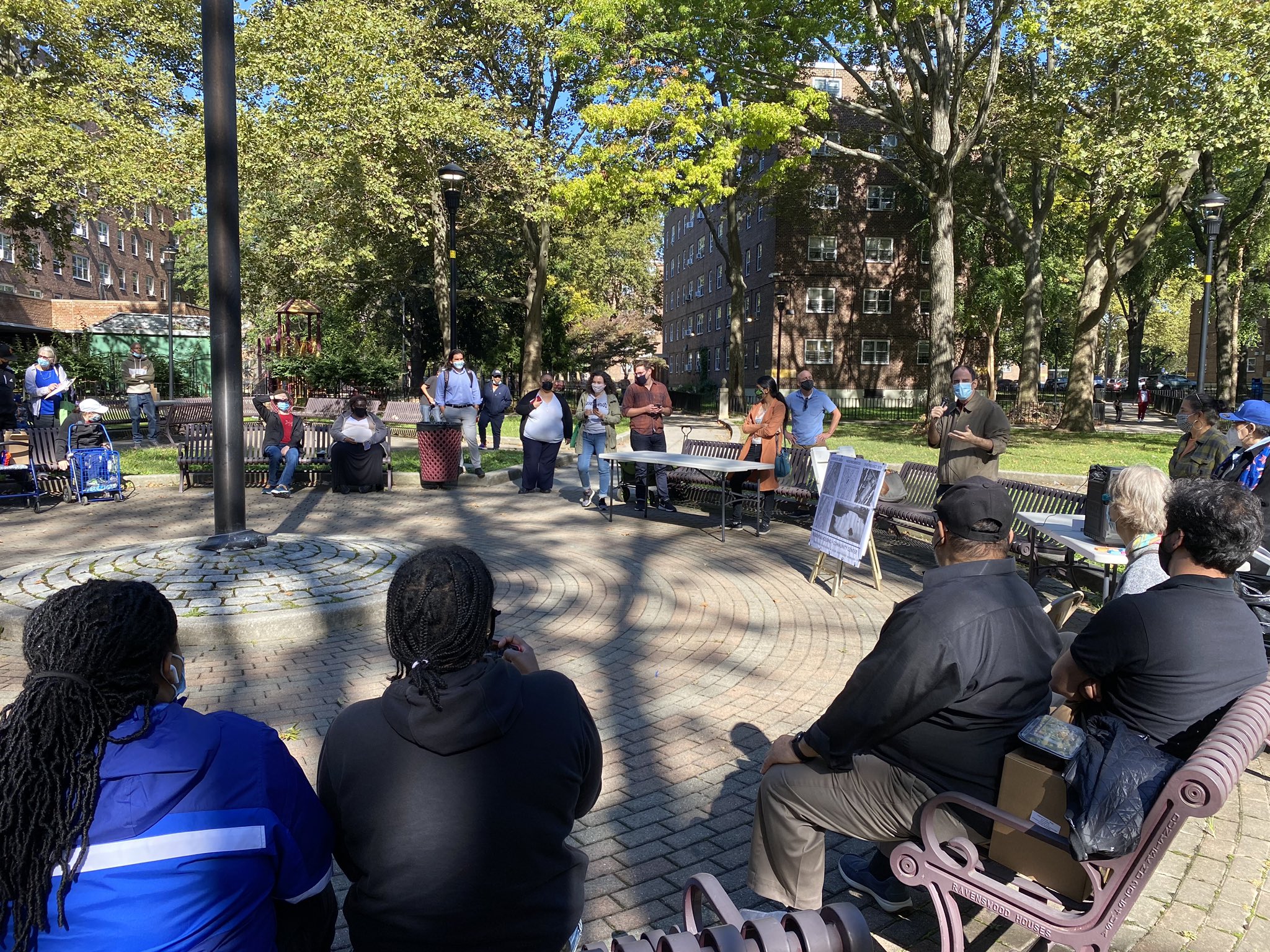 The Collective, together with the NYCHA Ravenswood Residents Association, and other Western Queens partners, collaborated on two community workshops designed to kick-start a visioning process for a new building on a site near the Ravenswood Houses.

Surrounded by the Ravenswood Houses, the 1.4-acre City-owned site is currently occupied by a NYC sanitation garage that will be demolished in 2024.

For more than 70 years, Ravenswood residents endured the smells, traffic, and pollutants from the sanitation garage. The Ravenswood Playground and Sports Fields are directly adjacent to the noxious garage. 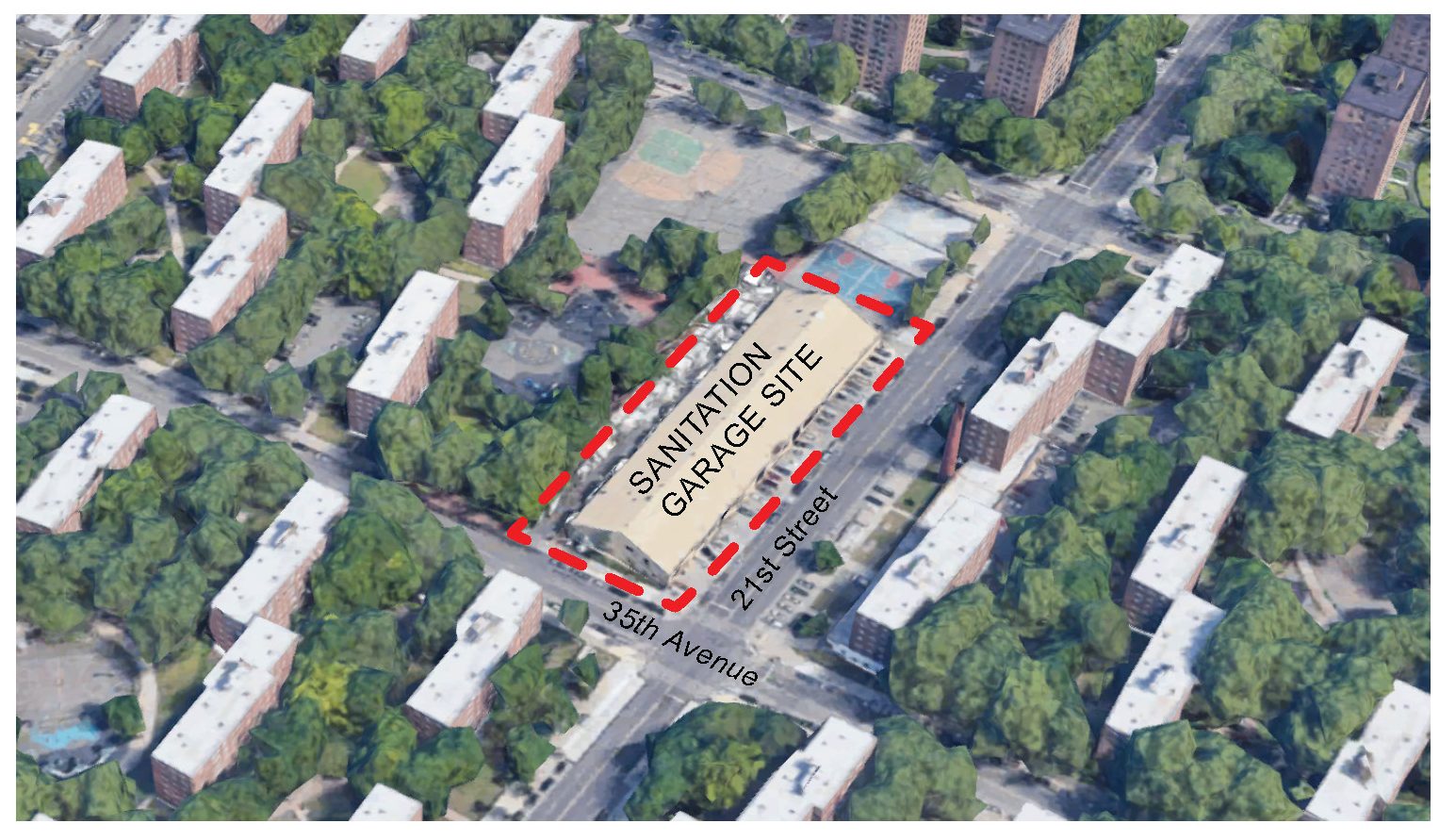 In the 1660s, when William Hallet obtained the 2,200 acres of land from the Maspeth Indians,  the now-buried Sunswick Creek traversed the southern part of this property. See maps to the left. For centuries, the meandering tidal creek had been a source of crustaceans and seafood for Native Americans.

The Hallet farm was one of the most productive Dutch plantations that worked in part with enslaved African labor to produce tobacco, corn, flax, and vegetables. Yet, as early as 1679, a dam was built to control the tides of the creek, which eventually turned the Sunswick lowlands into a large, mosquito-ridden swamp. 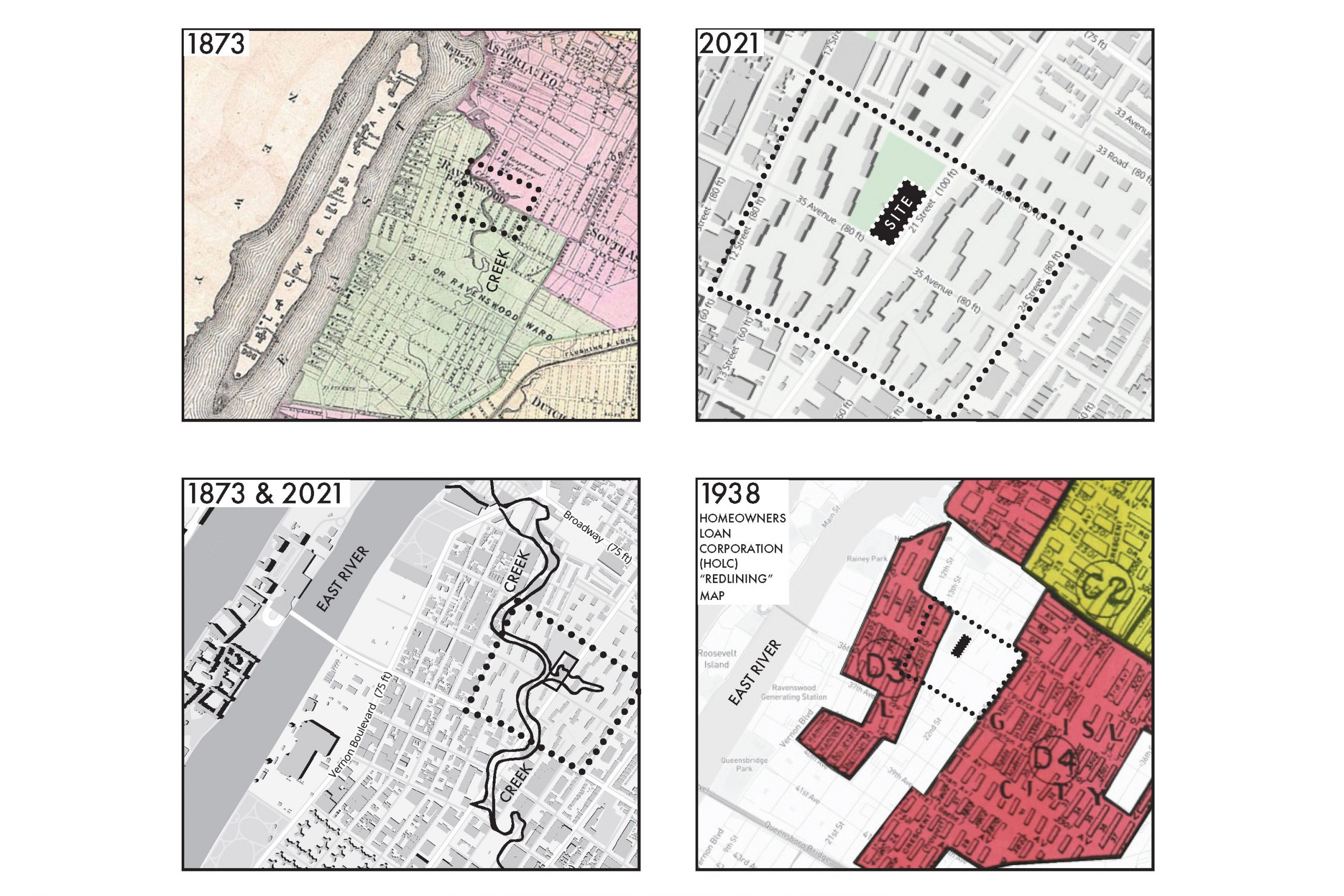 By the 1870s, following a period of rapid industrialization, the creek became filled with toxic pollutants. In the following decades, as Queens’ street grid was laid out, the creek and adjacent marshland were filled with ashes, subway construction debris, and other waste – and the stream was buried in sewer-like pipes.

In 1915, the Queens Borough President purchased the project site to build a huge garbage incinerator.  The NYC Sanitation garage replaced the incinerator facilities in 1931, and during WW2, the entire site became a massive scrap metal yard. 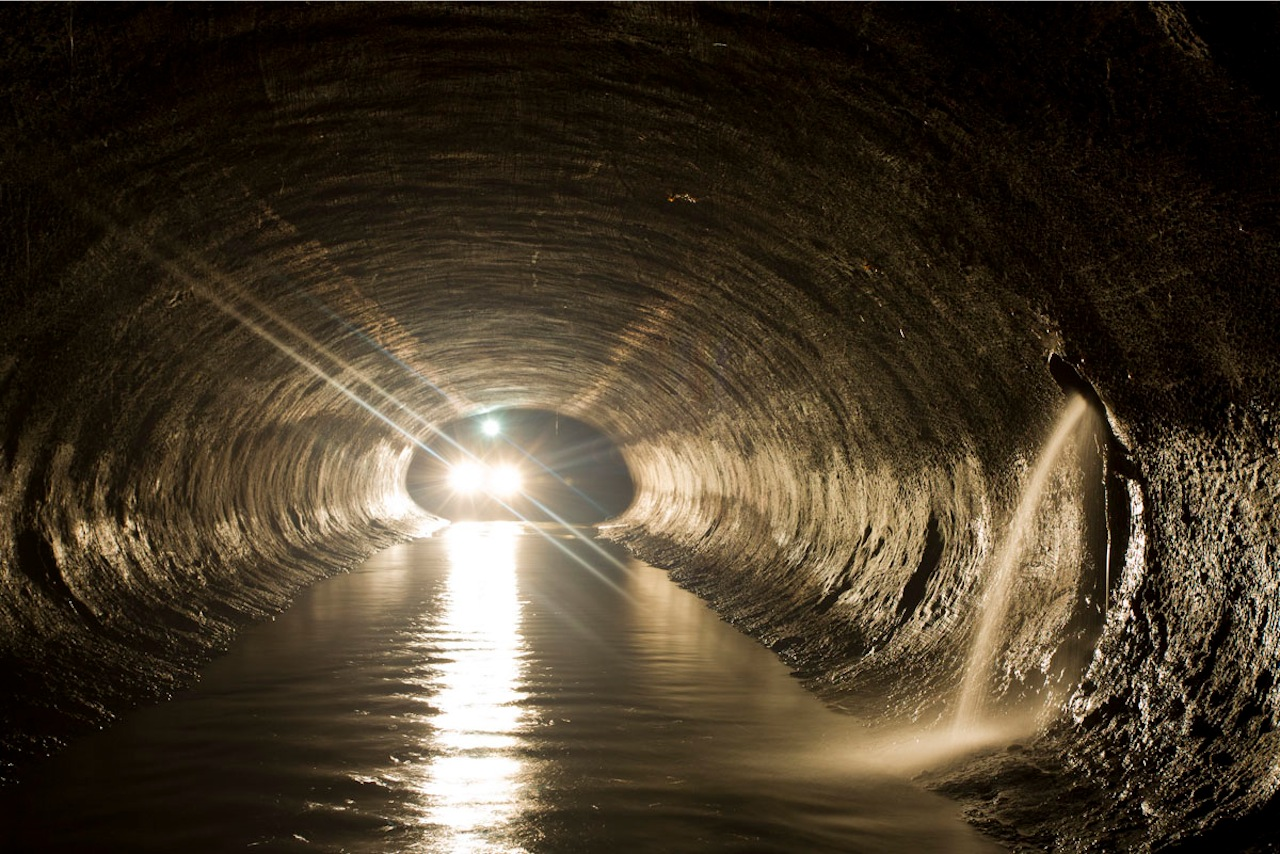 Developing Visions for the Site

Most workshop participants quickly embraced the Community Land Trust model as a way of empowering the Ravenswood community to shape its own future.

CCCE’s team leveraged its community engagement expertise to gather critical input on the community’s needs and desired uses for the project site.

The planning workshops inspired a group of young Ravenswood community leaders to form an independent non-profit organization to build and manage the Ravenswood Community Land Trust. 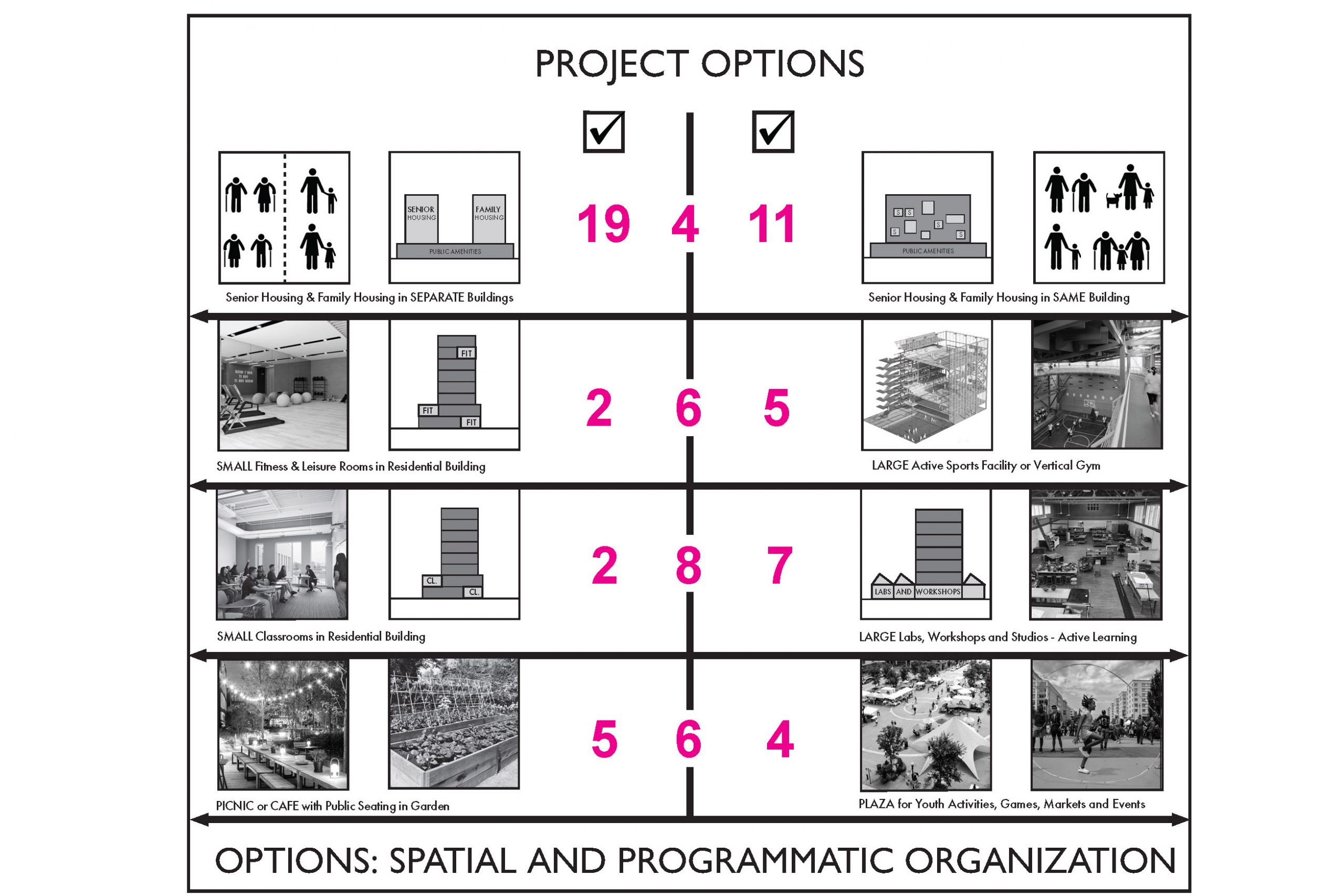 Back to Project Overview 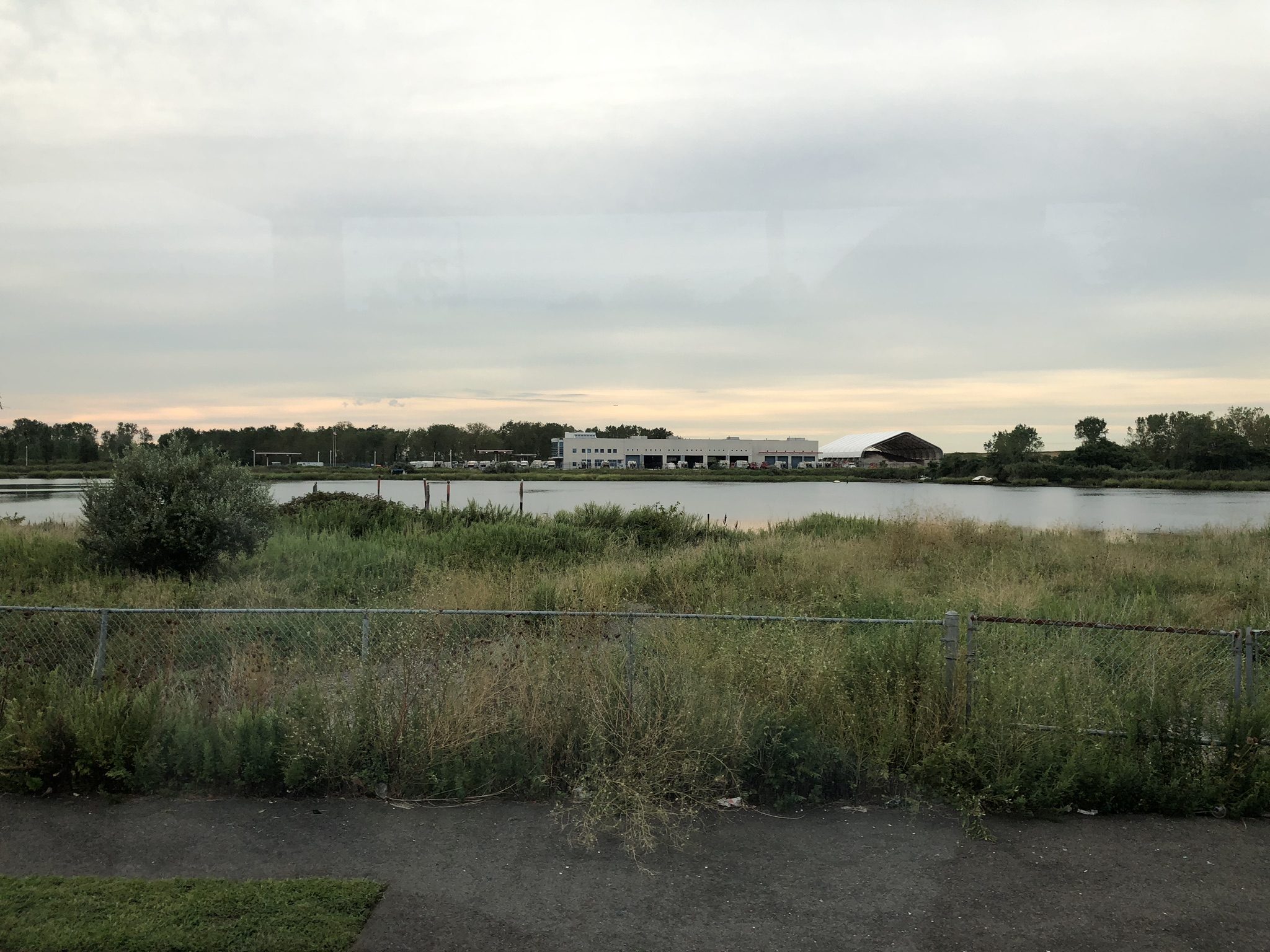 Through focused organizing and strategic support, CCCE and Rockaway nonprofit partner RISE worked on a project led by Edgemere community members to articulate and advocate their own response and build a consensus around a vision for socially and ecologically beneficial use of undeveloped, flood-prone city-owned vacant land. 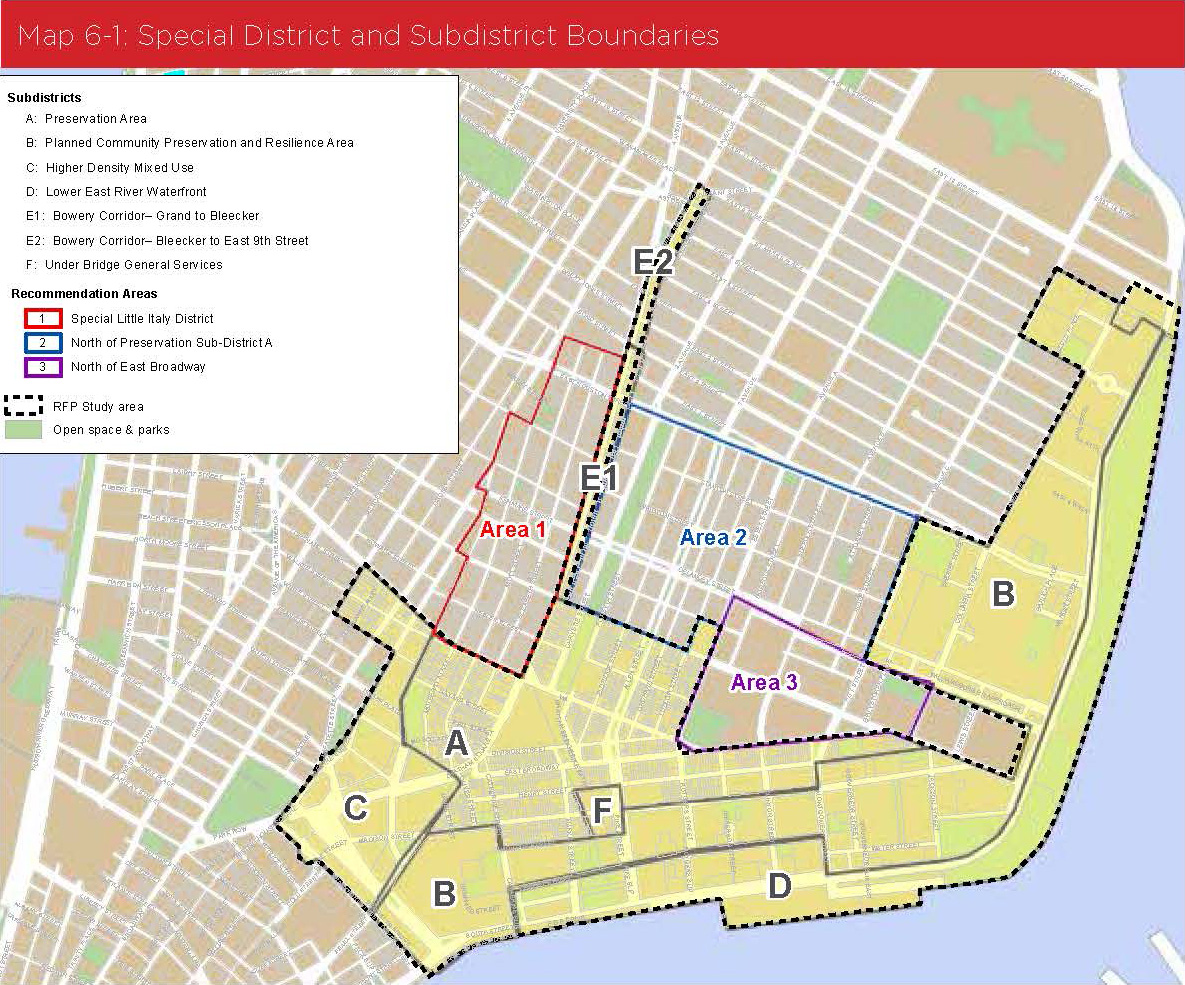 The Plan for Chinatown and Surrounding Areas: Preserving Affordability and Authenticity

The “Plan for Chinatown and Surrounding Areas: Preserving Affordability and Authenticity” was a collaborative, multi-disciplinary effort built upon meetings, interviews, surveys, and consultation with many of the 51 member organizations of the Chinatown Working Group (CWG) in Lower Manhattan. The CWG plan set the basis for a rezoning of the area in order to stabilize and increase the amount of affordable housing in Chinatown and the Lower East Side while preserving and creating more small business and cultural opportunities.